Tells of the Block Widowers
by Jez Patterson

Cretaceous on Ice
by K.C. Ball

Some Quiet Time
by Eric Cline

Laws of Humanity
by Alexandra Grunberg

MY GOOD FRIEND SAM AND I have known each other since Sam published a 10-page mimeographed “The Seldon Seen” in 1967. I supposed it was a fanzine that aspired to greater things. Seldon, Sam said, was a tip of the space helmet to Hari Seldon, the intellectual hero of Isaac Asimov’s Foundation Series, and not General Selden Chapin, who in 1947 may or may not have published the first periodical by mimeograph.

Be that as it may, I offered a faked UFO-over-Brooklyn photo for the next cover and Sam made it happen. We became friends and smoked a lot of pot together.

I suggested the name change to “Perihelion,” and Sam liked it. The rest was history. You can buy the early copies of “Perihelion” for hundreds of dollars each on eBay. Jeeze!

Apparently, doing an Internet version of “Perihelion Science Fiction” had been kicking around in Sam’s fertile psionic brain for some time when I began to wonder how he was, and called him in late 2012.

Sam and I used to be “Perihelion” Co-Editors, but he does most of the work, so being Associate Editor is appropriate for me. What I do is the secondary editing and some sweeping up and odd jobs, after Sam has chosen the stories and done the primary editing. I make changes and corrections but Sam has the final say on the stories, articles and edits. Playing second fiddle, or keyboard, doesn’t bother me.

Sam and I get into some debates about the quality of stories and the details about how some writers exercise their craft, but the thing I often comment on is how many otherwise good writers seem to offer no decent endings.

Sam and I are big on this.

Fiction relies on a peculiar psychological magic where the rigid meter sticks and compasses of reality can be relaxed for pleasure. This “suspension of disbelief” is probably common in the animal world too, otherwise dogs or cats wouldn’t chase toys.

This trick of the mind is a fascinating study by itself, but here we will only look at the transition back to reality ... the soul-satisfying ending of fiction stories. The ending to a story should offer some means of psychological relief, otherwise the reader is left unsatisfied.

Oddly, early European writers eschewed fiction stories except when they were simple retelling of Greek (and some Roman) classic tales. After the European Dark Ages, and centuries of witch burnings, and the inquisition, writing fiction was scorned. Afterwards, writing fiction only slowly developed and became acceptable again in the 1800s.

Many of the plot devices and structures of fiction are still Greek inventions. Deus ex machina is the Latin phrase for the Greek phrase “God from the machine,” which refers to the actual stage machinery used to lower an actor from a crane, or raise an actor from underneath the stage to supply a completely contrived and overly convenient resolution to end the performance. This phrase has come to mean any seemingly contrived ending not in accordance with the basic logic and internal thematic sense of a story. This seems an obvious technique for writers to avoid, but actually there are many great and satisfying stories where deus ex machina is used ... H.G. Wells’ “War of the Worlds” is a stellar example. Shakespeare often used it. Technically, when a story conclusion has some hints of a possible appearance earlier, it is not deus ex machina. But sometimes it’s hard to tell.

Sometimes novels can get away with shabby endings as long as there is a really compelling story between the covers. Larry Niven’s “Ringworld” always seemed to me a book where no satisfactory ending was possible, even after humping out an endless series of Ringworld this-or-that and Fleet of Worlds novels. Nothing that attempted to patch up the rip in space-time left by the first Ringworld was nearly as good. Finally Ringworld just vanished, and not many readers were compelled to find out how and why.

But for short stories—the kind “Perihelion” publishes—endings are critical. I personally like endings that are uplifting. Not “... and everyone lived happily ever after ...” but an ending that offers some hope, along with resolution of the main story arcs. Sam and I sometimes disagree on these, but he has the final say. Sam and I both dislike stories that finish unresolved—begging “then what?” We also eschew startling twists, abrupt nonsensical endings where it looks like the writer just ran out of enthusiasm.

The squad of space cadets surrounded by overwhelming alien forces is rescued by an Earth battlecruiser. The protagonist makes a lucky guess at the password and successfully breeches computer security. When the hero has time-travel

capability, it is amazing how many stories use this device to clean up loose ends. Don’t do it.

Recycling back to the beginning isn't entirely forbidden, but it is very difficult to pull it off. In other words, by the end of the story the protagonist is in the same situation as in the beginning of the story. Some 5,000 words after dealing with the disastrous side effects of a new mutagenic serum, our heroine realizes that the next serum in the batch is already making monsters. But there are the obvious pitfalls to avoid, unless you are someone whose name on a story will sell itself, like Herbert George Wells.

The worst of all tropic endings is the “it was all a dream scenario.” Nobody resorts to this old warhorse anymore, even inexperienced writers. However, we’ve seen this in a few equally bad variations. “It was all a simulation” invites a quick rejection. Just because Lewis Carroll had Alice wake up from a dream doesn’t mean you can do it.

A clumsy after-the-fact explanation of what happened is not the same as an ending. It is an excuse for having no ending.

The ending of a story is probably the most important element, because it serves a definite purpose in tying everything together, resolving the internal conflicts, and providing a soft landing for the suspension of disbelief. Without a careful accounting for loose ends, one can be left feeling that the author was incompetent. Worse yet, the writer could leave the reader feeling tricked or cheated.

When the writer has created a lush background and created vibrant and fascinating characters, it is hard to see all this creativity tossed into the dustbin at the end. So, the writer often hints that there is more to the story. In this situation, the end of the story has to both satisfy while standing on its own and promise another chapter. This balancing act can be fatally unsuccessful.

But I have to add that many writers can supply any number of endings. I have seen this done in journalism and fiction, too. The masters make it look effortless. In Hollywood, movie scripts often contain several endings and are filmed and then tested on audiences in “Preview Screenings.” If you don’t want to see how a pet pig is made into sausage, try to avoid these when visiting the Golden State.

But there is no concrete recipe for any part of writing. Much of it is style, some of it is bold invention and experimentation. Trust the Editor, who will judge your first attempt at satisfying a reader with an unforgettable ending. Take these Editorial suggestions to heart.

And remember—in any craft, you have to learn to do the basics well, before setting off on your own path. 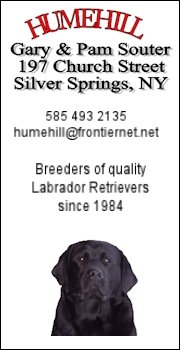 Ron Sanders, a novelist, poet, and illustrator from Los Angeles, has been creating and selling images with CS2 for a dozen years. He is so enchanted with the program he has never felt the need to update. This cover image originally featured just a looming shadow. The creature was added later. See more of Sander’s art at DeviantArt.